ICC Cricket World Cup Groups.The group stage format is a round-robin, where all ten teams play each other once, in a single group. This means a total of 45 matches will be played, with each team playing a total of nine matches. The top four teams from the group will progress to the knockout stage. […] 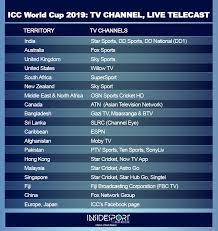