The All-India Senior Selection Committee of the Board of Control for Cricket in India (BCCI) has named Team India’s squad for the upcoming three-match one-day series against South Africa. Veteran opener Shikhar Dhawan will lead the team as main skipper Rohit Sharma will be on captaincy duties of T20I squad. The players picked for the T20 World Cup 2022 will be reaching Australia on October 6 for their preparations.


In the one-day squad for the series against the Proteas, India have handed maiden ODI call-ups to batter Rajat Patidar and pacer Mukesh Kumar. While Patidar has been in terrific form in domestic cricket and impressed in the IPL as well, Kumar had a good series against New Zealand A recently. He also claimed a four-fer for Rest of India in the first innings against Saurashtra in the ongoing Irani Cup.


Surprisingly, there was no place for batters Sarfaraz Khan or Prithvi Shaw, who have dazzled with the willow in the ongoing domestic season. After an outstanding Ranji Trophy season, Sarfaraz Khan struck 138 for Rest of India in the first innings of the Irani Cup. 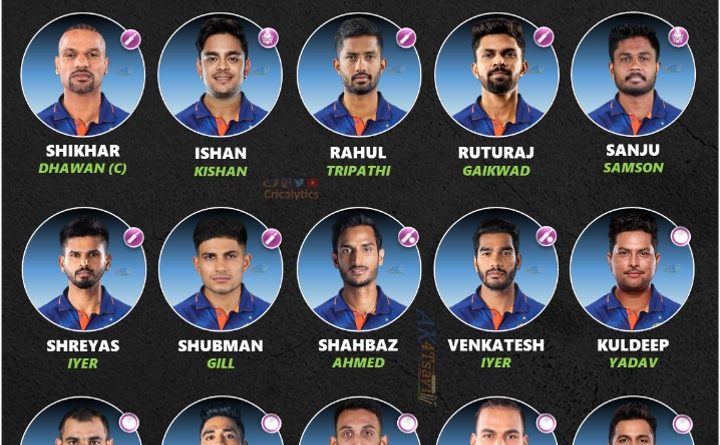 
Ruturaj Gaikwad, Shubhman Gill, Rahul Tripathi, Ishan Kishan and Sanju Samson are some of the other members of the squad, while left-arm spinner Kuldeep Yadav also finds a place.

–By A Cricket Correspondent

We will be happy to hear your thoughts